La Redoute in Godesberg, Electorate of Cologne in Beethoven’s time.

In 1790, after almost thirty years of service with the Esterhàzy princes, Joseph Haydn was retired. The violinist, conductor and impresario Johann Peter Salomon offered to give him a series of concerts in London and to play his new works, among other symphonies.
Their way passed through Bonn, which was part of the Electorate of Cologne and was governed by a prince-archbishop who was a member of the Habsburg imperial family.
Solomon was born in Bonn. His father, Philipp Salomon, was an oboist under the direction of the chapel master Ludwig van Beethoven the Elder, (Ludwig’s grandfather). Salomon’s brother and two sisters were pupils of Johann van Beethoven (Ludwig’s father) and were part of the choir of the Prince Archbishop of Cologne (Köln in German).
Haydn was received in Bonn by the prince archbishop of Köln. As Solomon was a good friend of the Beethoven family, he introduced the young Ludwig to Haydn. In July 1792 Haydn and Beethoven met again in La Redoute at Godesberg (see picture).
The young composer showed him one of his Imperial Cantatas and played in front of Haydn. The latter praised the cantata and agreed to take Beethoven as a pupil in Vienna.
In 1792, Godesberg became a spa. It was an independent commune. In 1925, the prefix Bad (bath) was added. Bad Godesberg was integrated into the municipality of Bonn in 1969. On the map of the city of Bonn, Beethoven’s birthplace is shown by the yellow pencil and La Redoute by the red pencil.
This is where this place is located according to modern geography :
La Redoute, Kurfürstenallee 1, in Bad Godesberg, a district of Bonn, Nordrhein-Westfalen, Germany. 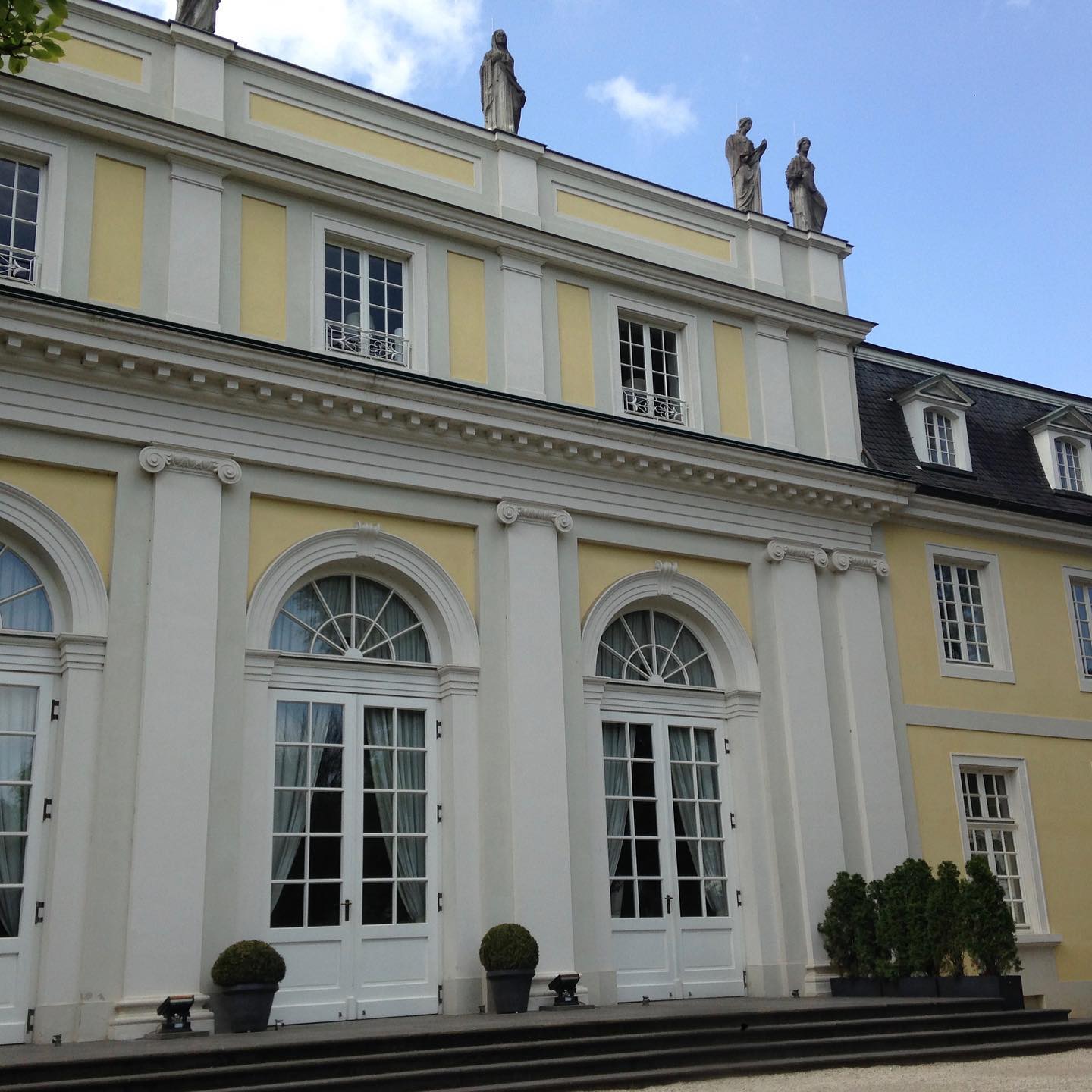 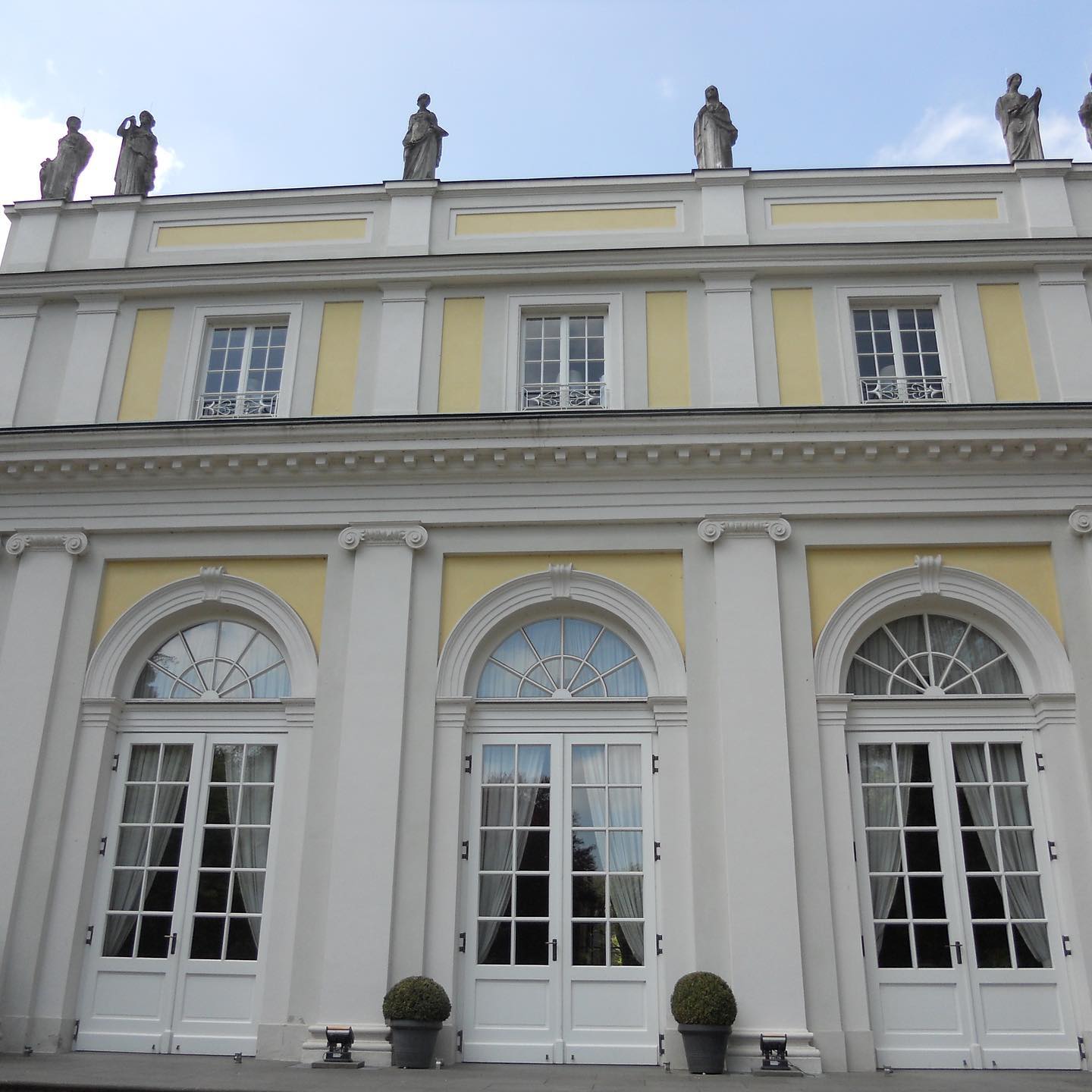 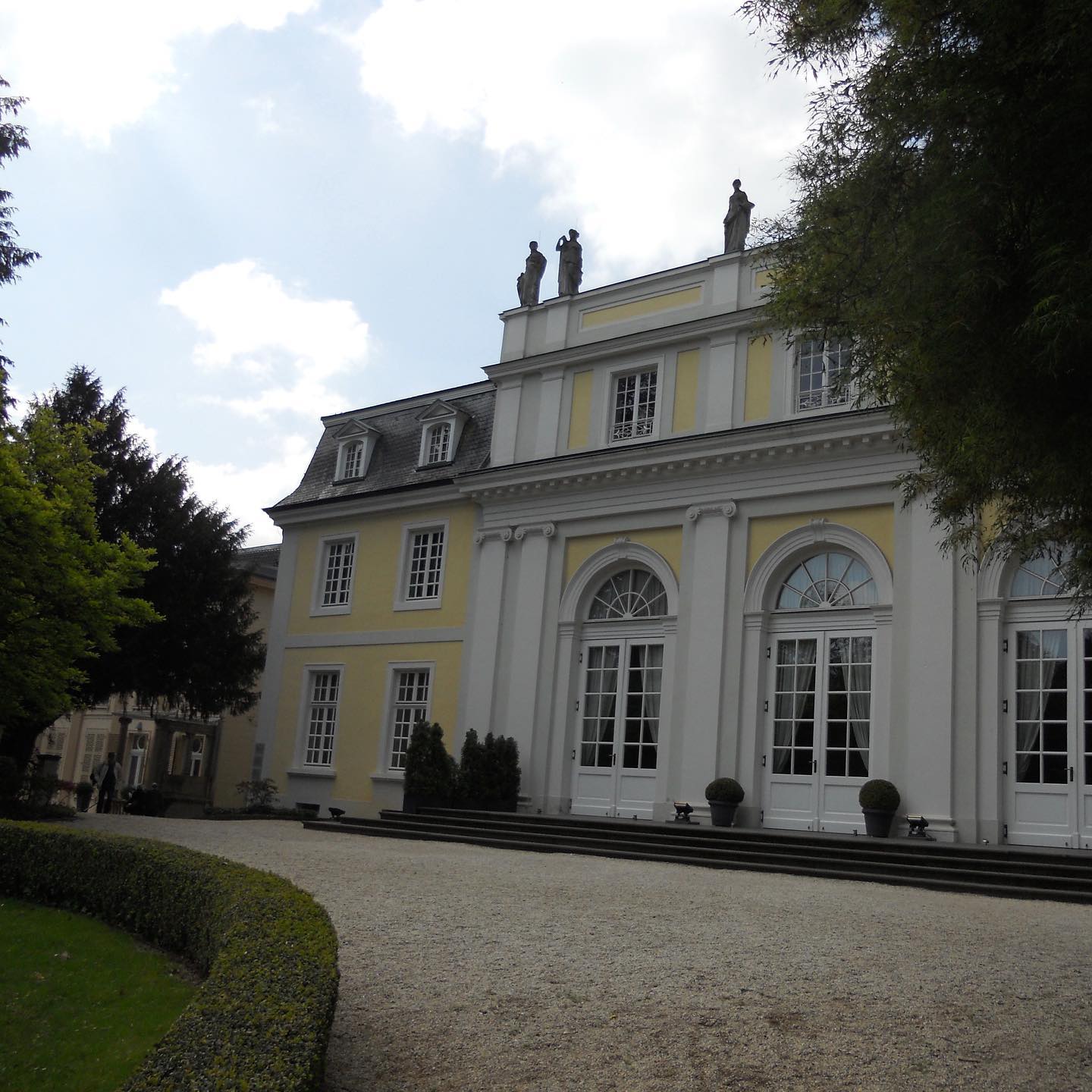 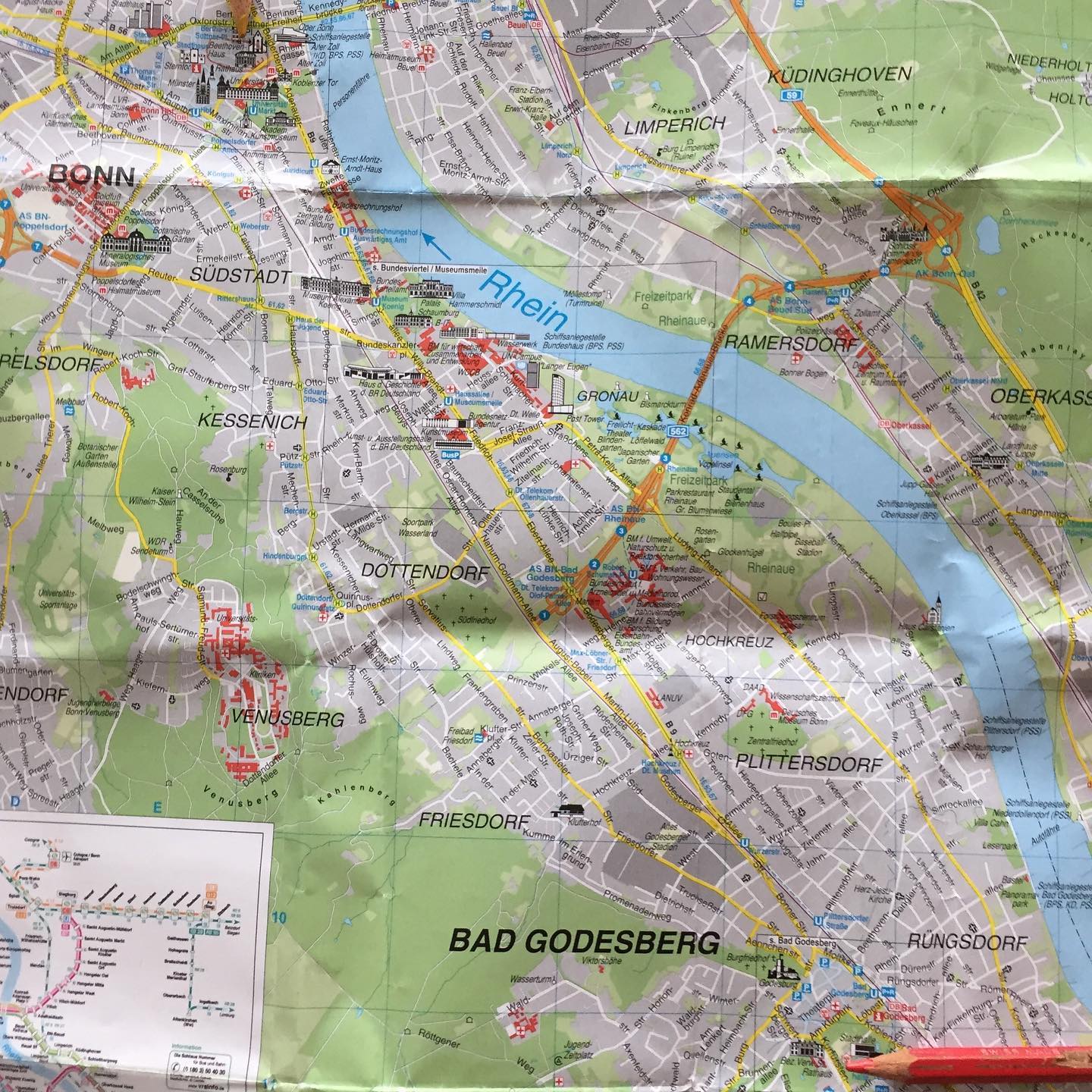 When the spring water in Godesberg was found to be of spa quality, Archduke Maximilian Francis of Austria developed the town as a spa. The Redoute was built in Neoclassical style from 1790, designed by Martin Leydel. It was planned to be used for balls and other entertainment of the court and spa visitors. It was opened in 1792, and was a venue for balls, games, performances of plays, opera, ballet and concerts of the court orchestra, with Ludwig van Beethoven as a violinist and violist. In 1792, Beethoven played for Joseph Haydn, and they planned there that Beethoven would visit Vienna again to become a master student of Haydn. In 1793, Mozart’s Die Zauberflöte was performed for the first time in Germany, only two years after the premiere in Vienna. The building was completed in 1820.

When Bonn was under French government, entertainment stopped, and the building was used as an art gallery, and a school for girls. In 1856, the property was bought by Victor Wendelstadt (1819–1884), a banker from Cologne.  The adjacent park was expanded and laid out as an English landscape garden. A gate was taken from the garden that had to give way to the building of the Cologne Main station. The family arranged concerts by Clara Schumann and Johannes Brahms, among others.

On 22 January 1920, the town of Godesberg bought the building and the park to restore it to use it again as a spa with cultural events. The Redoute, its park and adjacent buildings are listed as historic buildings. 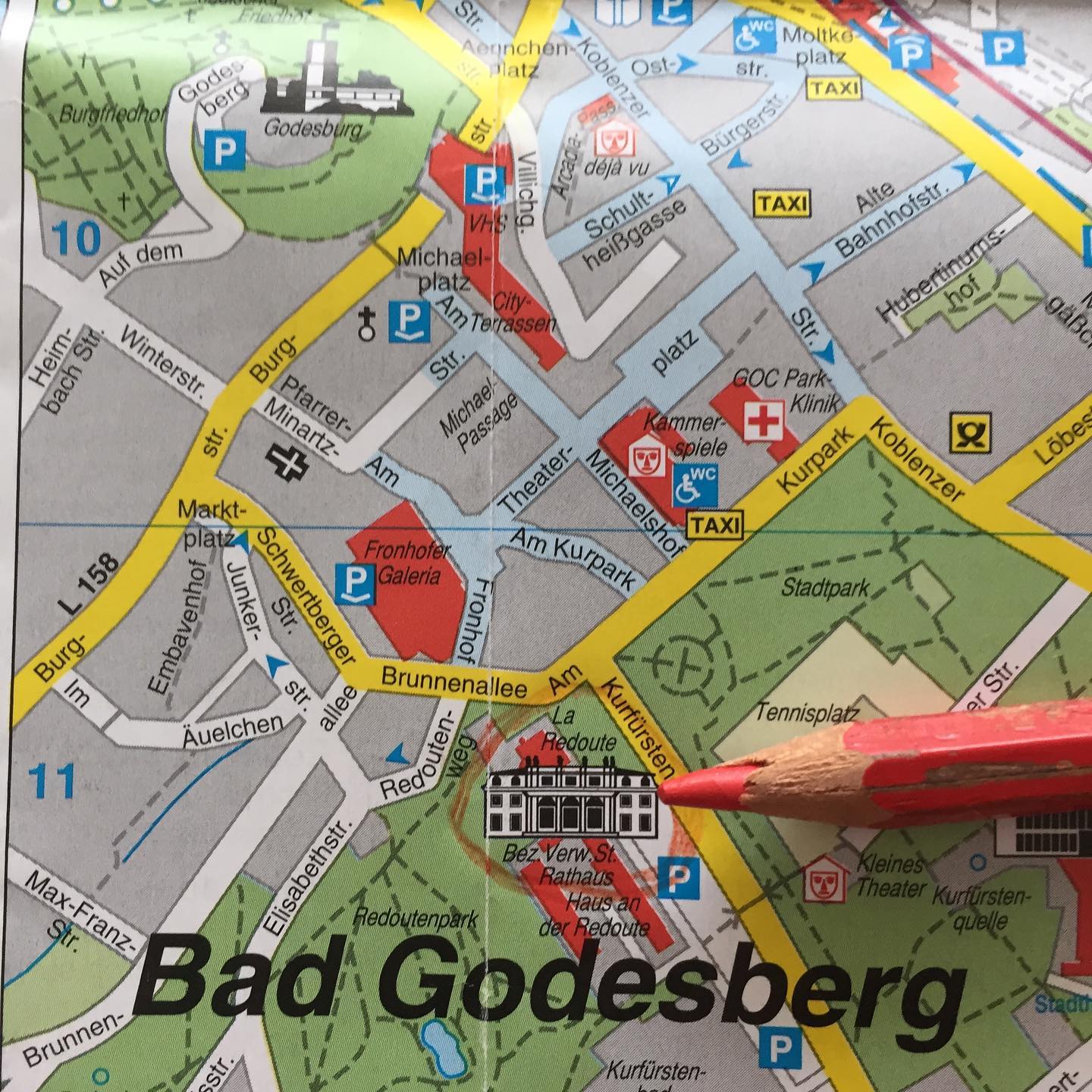