Beethoven, still talking to us

Unlike Giuseppe Verdi, who wanted a sizeable part of his “secret” papers and sketches to be burned after his death, Ludwig van Beethoven preserved for posterity a great deal of his albums, sketchbooks and notebooks, where he wrote down his thoughts and observations, sketches and composition projects. Paradoxically, Verdi’s unplanned legacy was jealously guarded by his heirs at Villa Verdi in Sant’Agata until a few years ago, while Beethoven’s voluntary bequest was subject to dispersion after the composer’s demise, for several decades.

Through Beethoven-Trocchia RECAST (Kleine Fuge), completed in 2015, the Milanese composer aims to recuperate – if one may say so – and re-elaborate one of Beethoven’s early sketches, which survived in fragmentary form on manuscript papers that passed through various owners after the musician’s death: from the Viennese publishing firm Artaria to German musician and collector Ludwig Landsberg (1807-1858), finally ending up at the Royal Library in Berlin in 1862.

The fugue sketch – three pages datable to circa 1800, included in the sketchbook known as Landsberg 7 – was reviewed for the very first time by Karl Lothar Mikulicz, who made a complete transcription of the sketchbook, published by Breitkopf & Härtel in 19271. Such a process is by no means a neutral one: as palaeographers never fail to stress, each transcription entails a loss of some sort of the contents that the original object tries to convey through its visual appearance.

While in this case we are not dealing with an ancient witness preceding modern notation, Mikulicz’s transcription, intended to provide a faithful, at the same time readable version of the sketches, certainly involved a few choices by the editor, so that a manuscript written over a century earlier, and meant for the writer’s personal use, could become more comprehensible to the modern reader. The final result normally entails neutralizing someone’s very own writing, which reflects the writer’s attempt to capture an idea in its fundamentals, leaving on paper only what is deemed necessary. Because of their indefinite nature, notes and sketches can reveal clues of a psychological sort, hidden in a number of details – writing in a hurry can betray a creative urge and that is no small thing for the scholar who strongly relies on the biographical information that documents can provide.

Almost a century after that very first review of the sketches, Francesco Trocchia has found the necessary inspiration to build something new upon them. The Milanese composer explains he was not guided by merely philological, restoration-oriented criteria in his work. «I used – we read in the Author’s note published in this score – all the composition material by Beethoven, bridging gaps and creating unity in a new composition».

The stylistic and aesthetic problems involved are partly the same as those faced by Luciano Berio – an eloquent example amongst many – when he composed his finale for the unfinished Turandot, based on Puccini’s original fragments. Berio had to fit his work into a pre-existing score, which made a revisitation of the style of the early 1900s unavoidable. Composing decades after the sketching of those fragments – decades that were crucial for the analysis and evaluation of Puccini’s idiom, although work was still in progress -, Berio was able to highlight key elements which only the passage of time shows in their absolute clarity, such as the unmistakable modernity of that late work of Puccini’s.

Another work by Berio, composed upon Franz Schubert’s sketches for the planned Tenth Symphony in D major (D. 936A), provides the subject for a fascinating comparison. In writing Rendering for orchestra (1988-1990), Berio approached Schubert’s sketches through modern restoration criteria whose purpose, he explained, is to bring back the original colours without effacing the damages and gaps brought about by

time2. Berio completed the fragments by orchestrating them in a Schubertian fashion – the instrumentation chosen is the same as that of the “Unfinished” Symphony no. 8. He then linked the fragments, by inserting between them specially composed brief sections, reminiscent of Schubert’s later style, to be constantly played pianissimo. According to American musicologist David Metzer3, Berio’s effort was after all a creative restoration, one that succeeds in making the listener perceive the remoteness and fragmented nature of those sketches. Sketches which, despite the attempts to do so, will never bring to life the Tenth Symphony such as Schubert had devised it.

A similar starting point – looking at the sketches through a contemporary perspective –, but quite a different result, we find in Beethoven-Trocchia RECAST (Kleine Fuge). The composer’s aim and attitude in approaching the fragments are of quite a different nature, compared to Berio’s.

By evoking different periods, styles and genres, Trocchia’s work becomes a reflection on the timeless significance of a time-honoured musical form, the fugue. Through this work of his, the composer strives not only to integrate Beethoven’s musical text into the present, but also to allow Beethoven’s work to instil its vital breath into today’s music – the powerful gesture pictured in Michelangelo’s Creazione di Adamo.

The remoteness of those fragments from the contemporary idiom and expression can be clearly heard but, despite their incompleteness, the sketches can still inspire the composer. The fracture is not without repair, the loss is not irreversible. The fragments stand witness to a past which cannot be repeated; at the same time, they constitute an everlasting legacy to seize, with no time limit to do so.

The orchestration is the preferred medium used by the composer to blend together past and present, allowing tradition to play a key role in today’s musical scene. 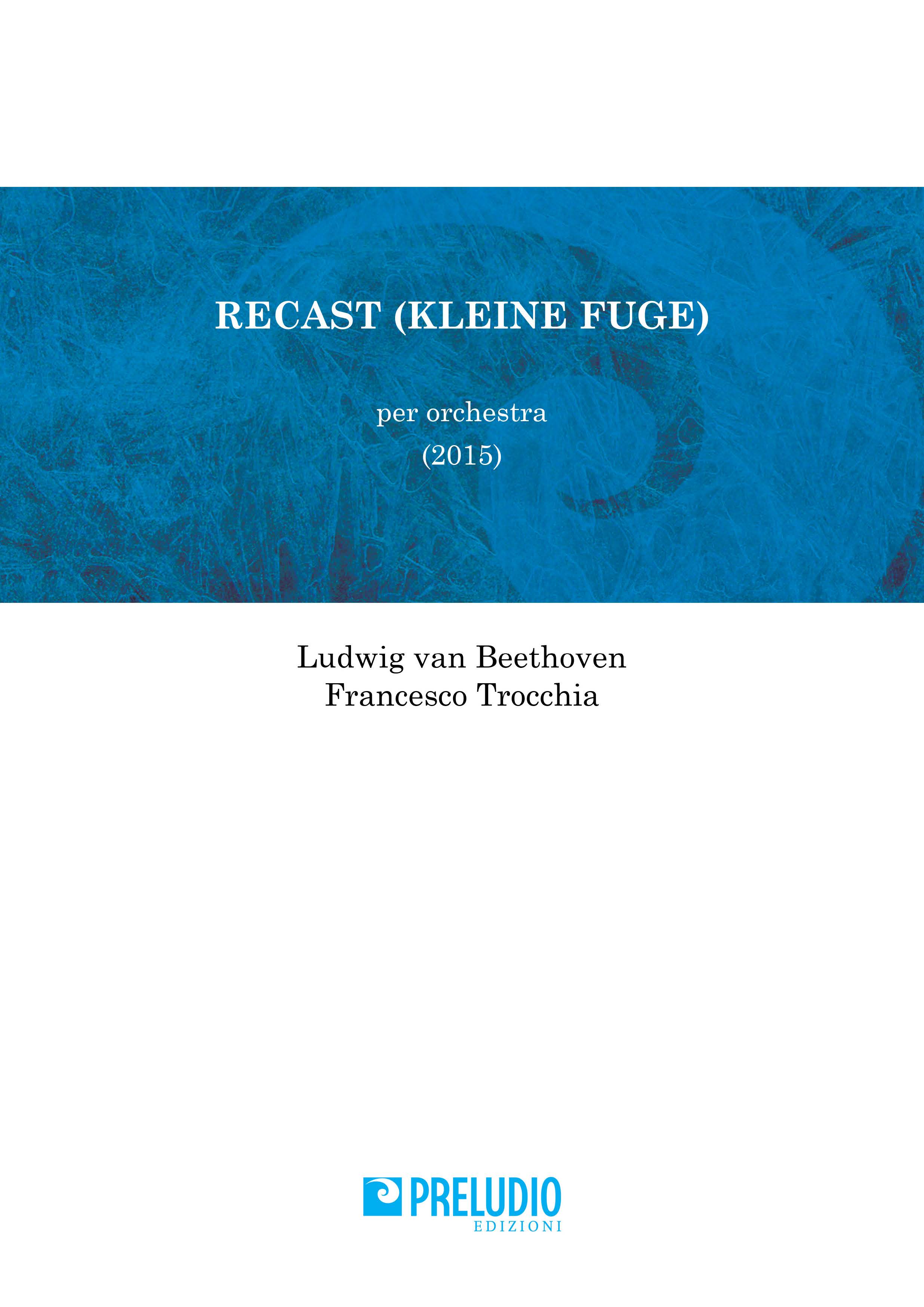 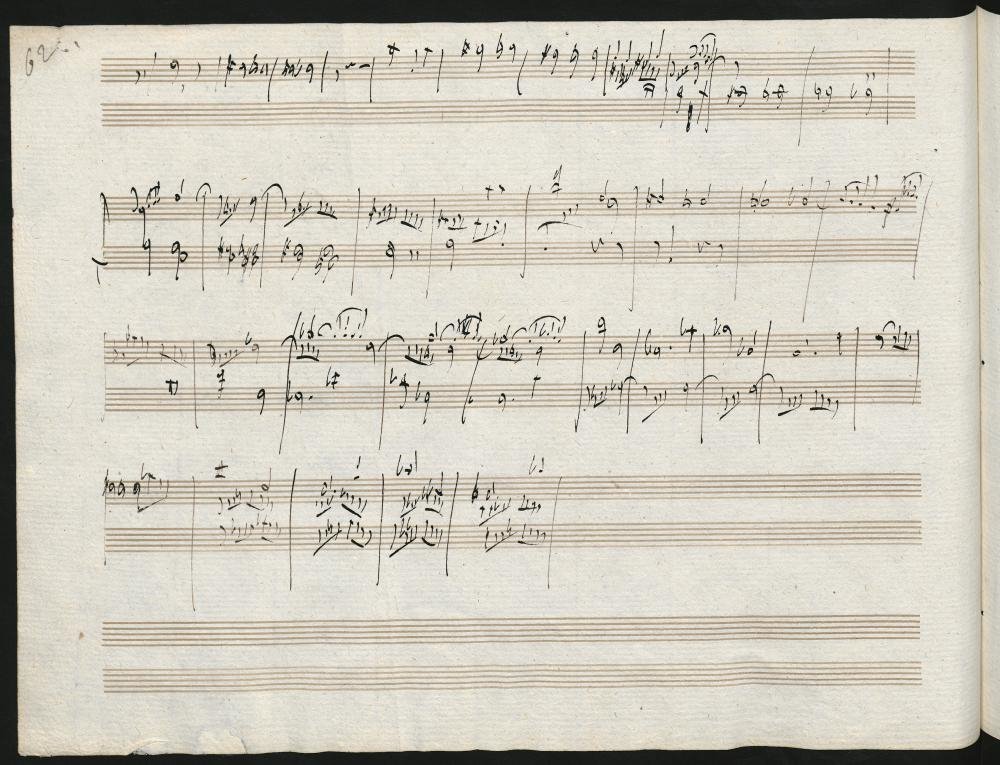 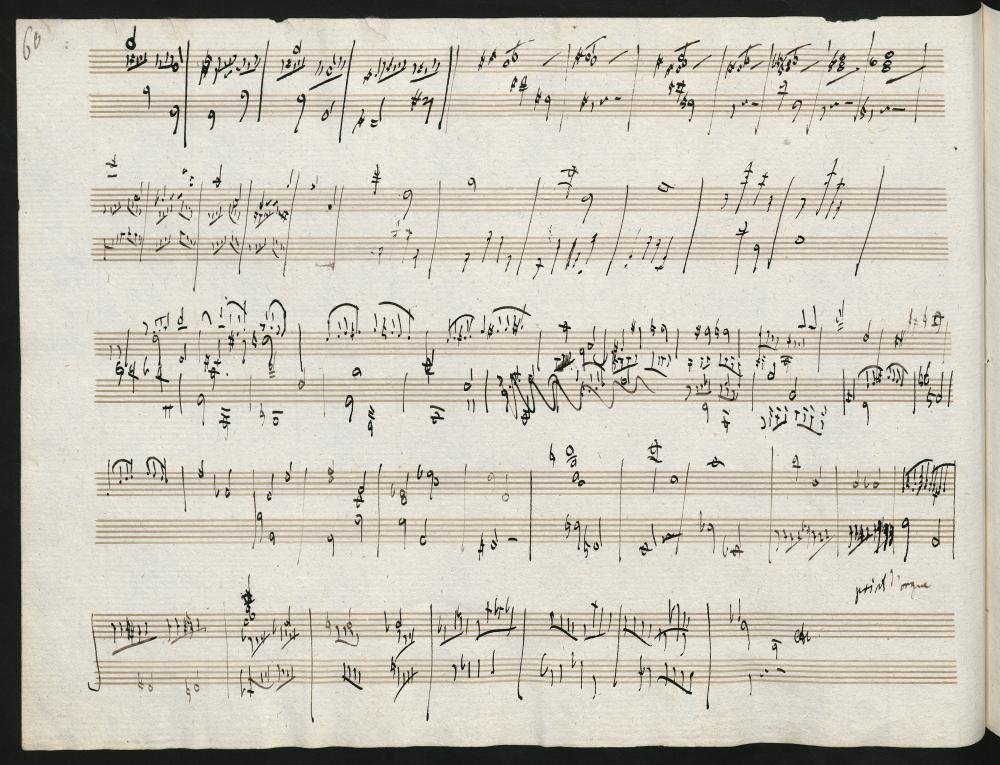 Author’s note to the Beethoven fragments

Recast (Kleine Fuge) contains all the fragments found on pages 60-62 of the Landsberg notebook (by the name of the first owner: Paul Landsberg of Breslau), corresponding to pages 60-62 in Mikulicz. Period: 1799-1800.

Below are the three pages containing the original fragments, reproduced in the order in which I have used them, with some additional colored notes:

Some clarifications on the blue notes, which refer to:

[i] I refer to the B flat missing from the key signature, not indicated even where clearly necessary. 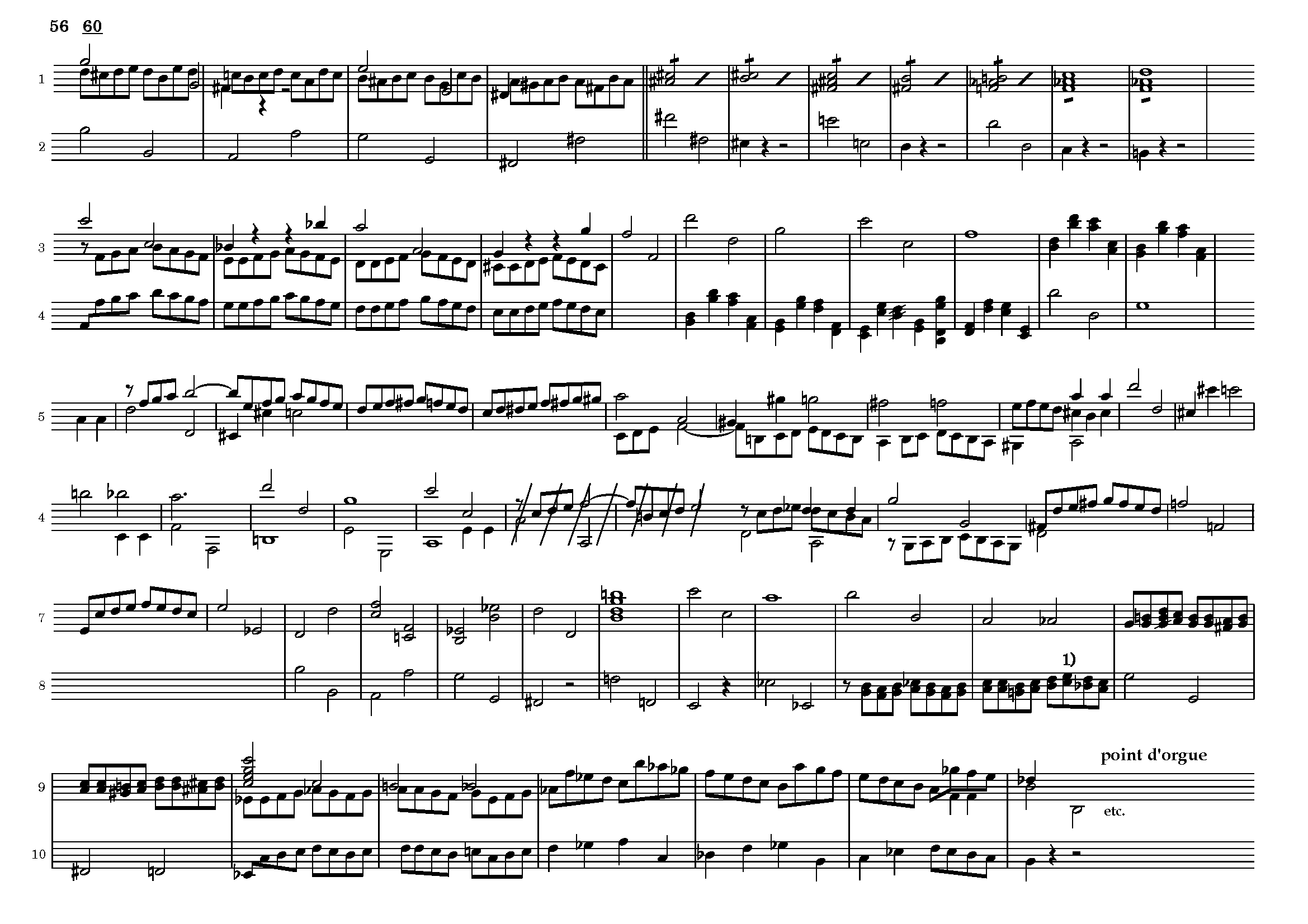 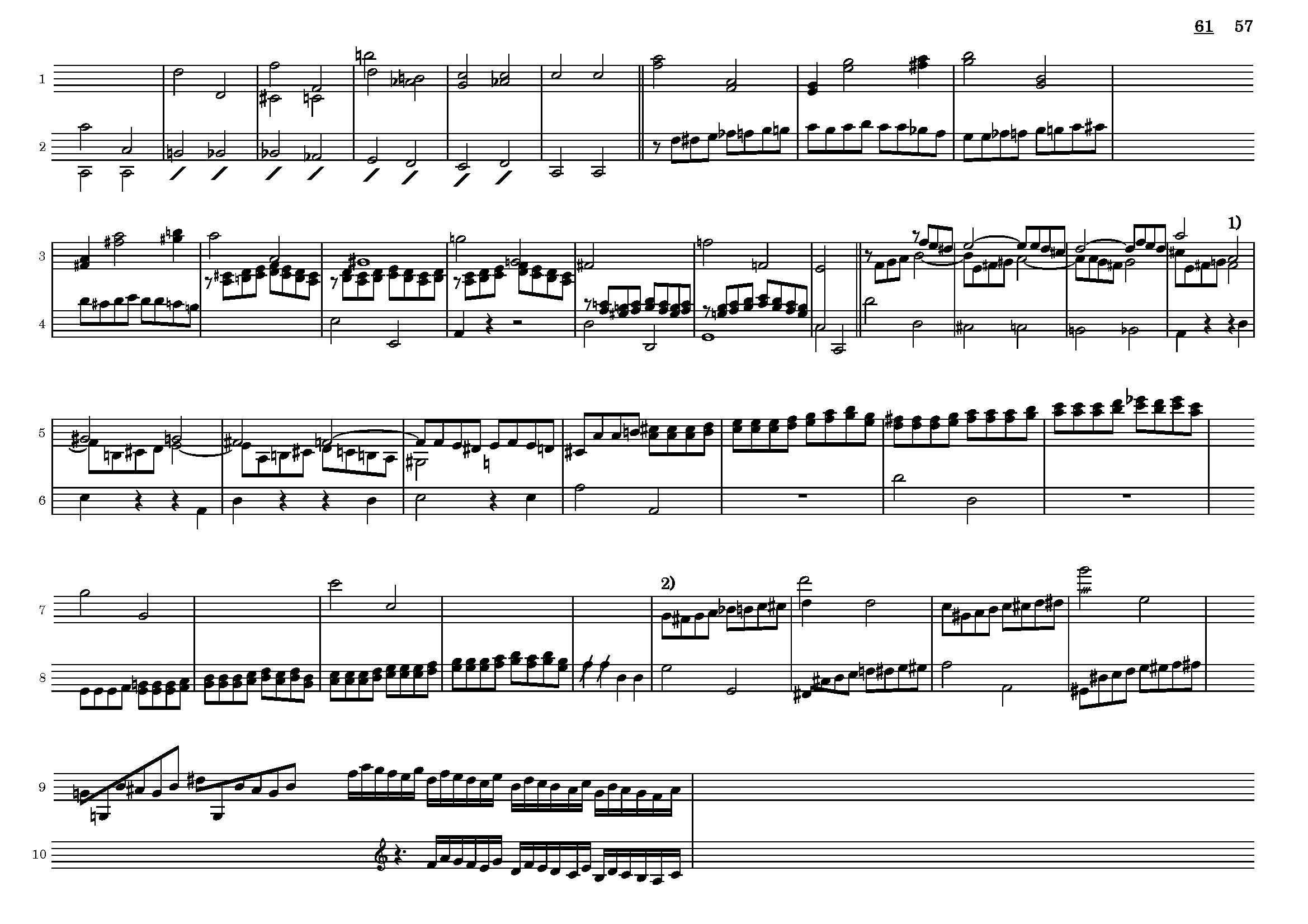 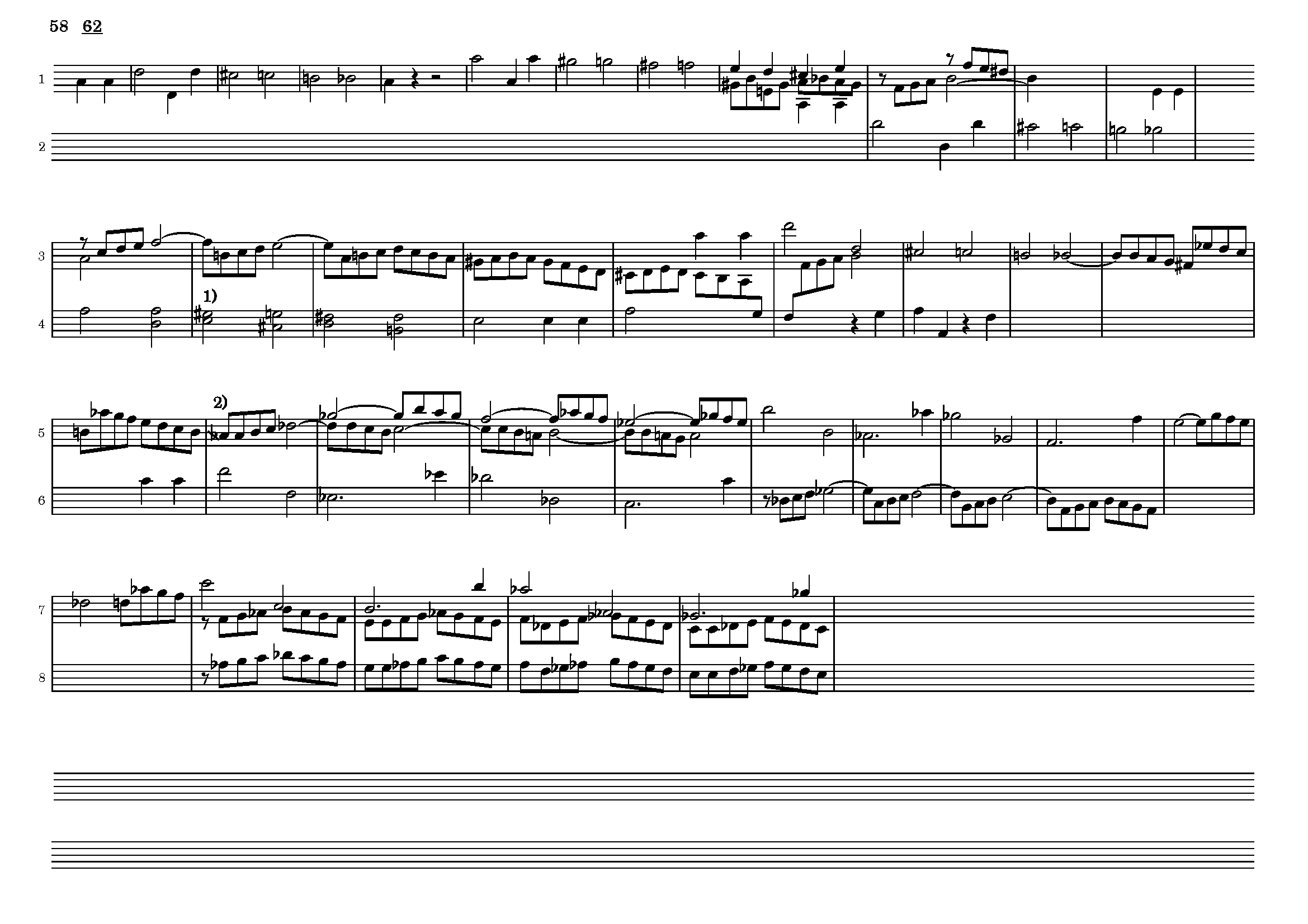 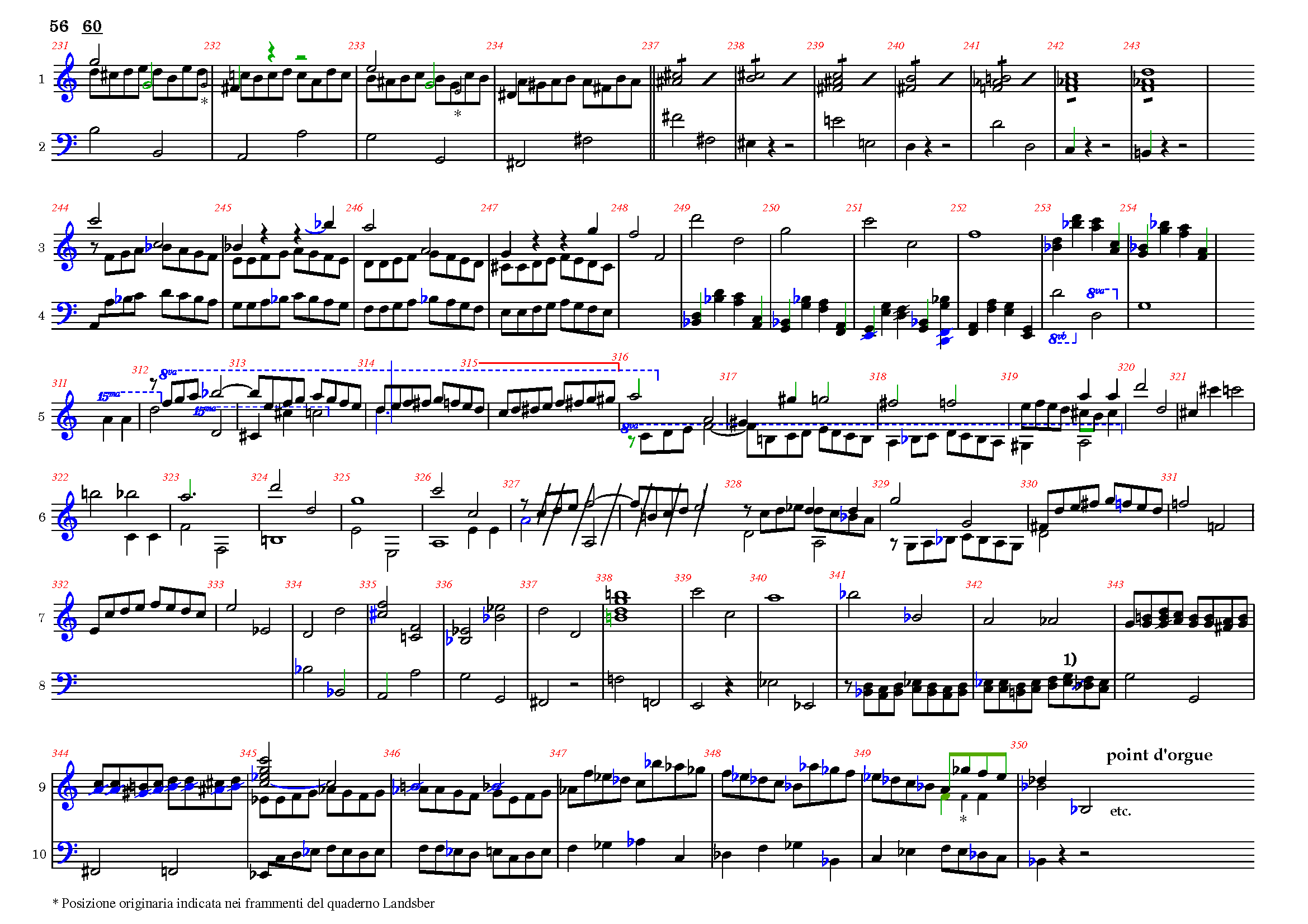 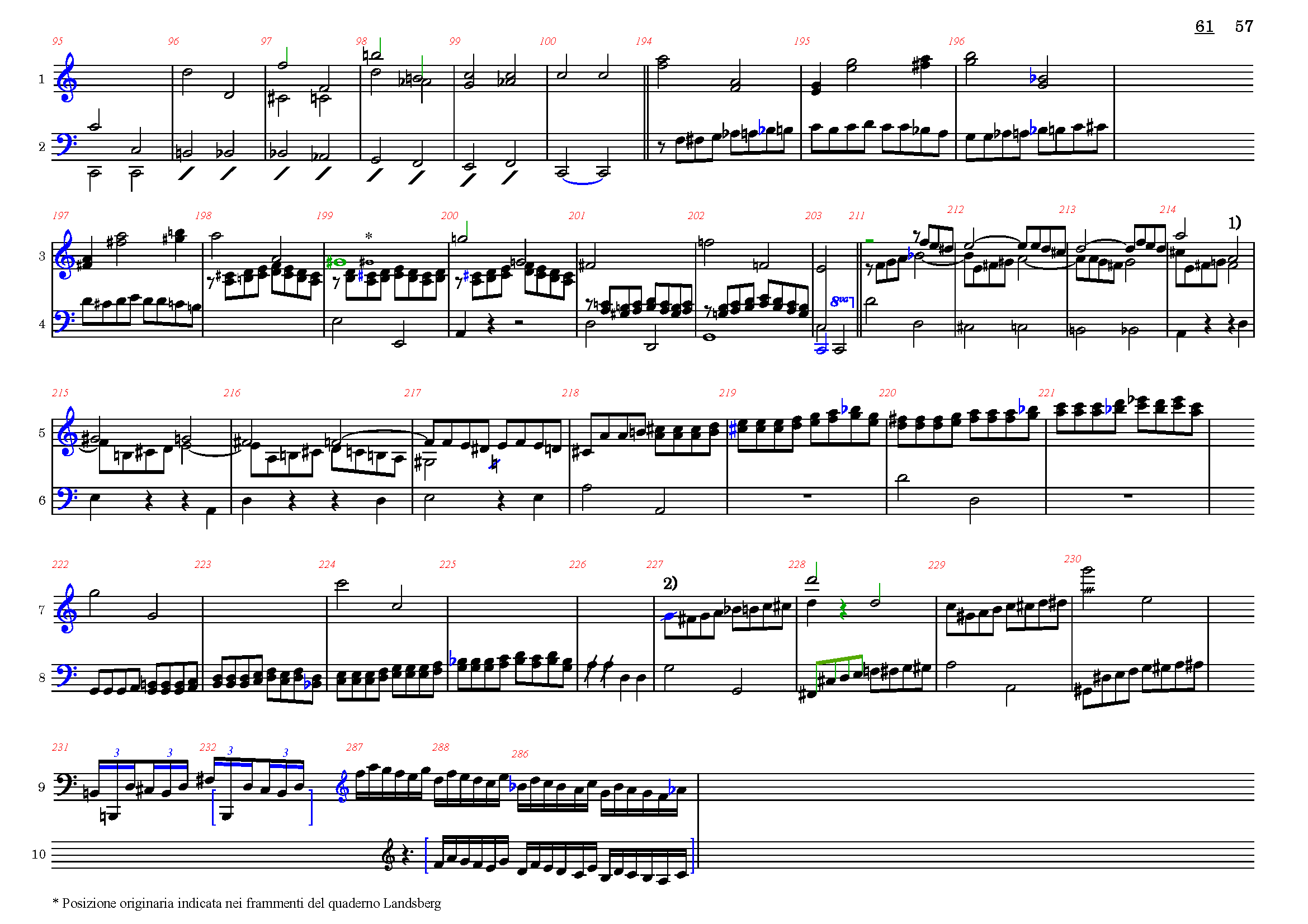 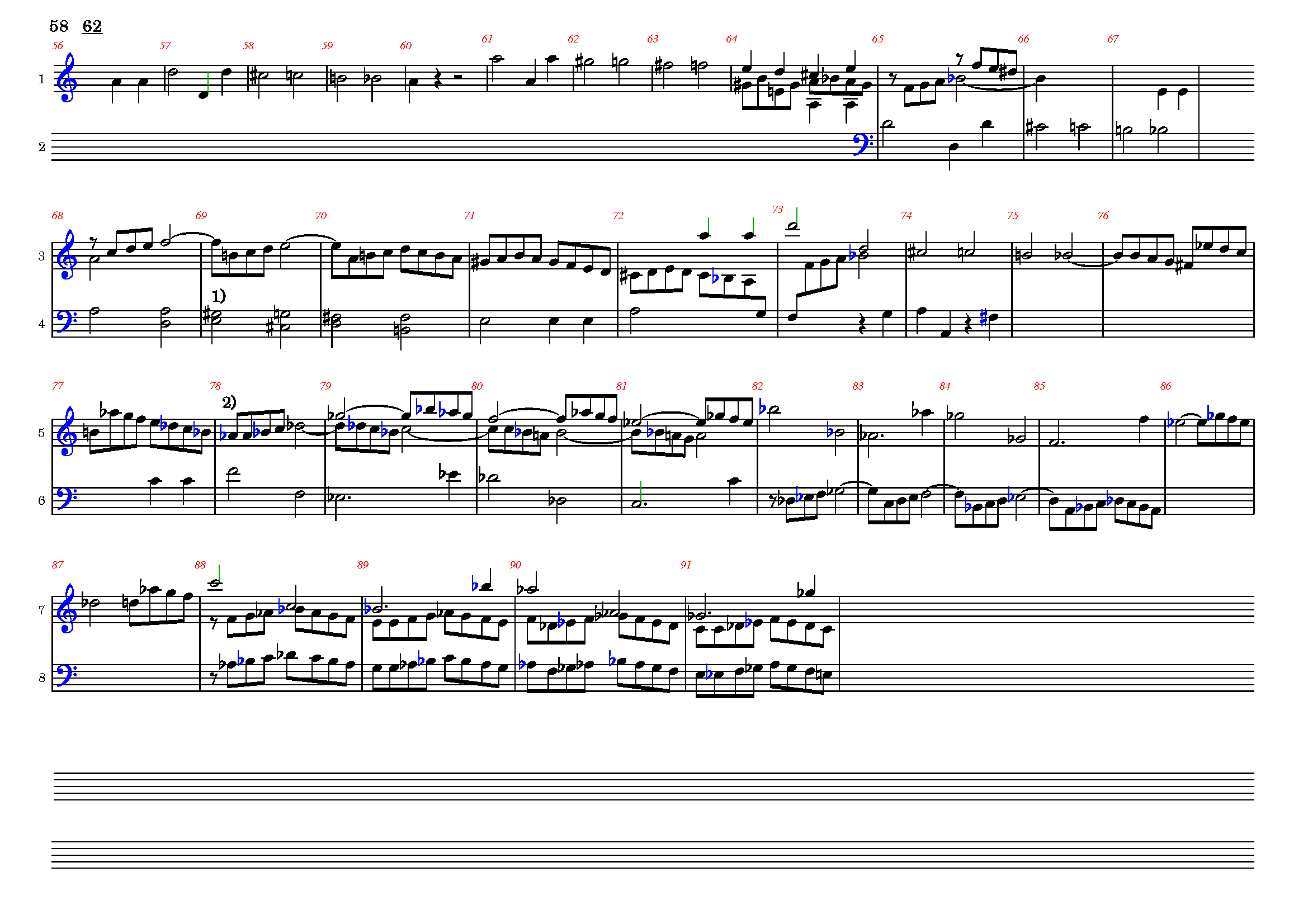