“Earlier, the festival offered a singular event with what was billed as a Beethoven world premiere. The Wisconsin-based Beethoven scholar Mark Zimmer unearthed a version of Liebe, a Beethoven song that is in the Hess catalogue but was viewed with suspicion. An alternative score, uncovered by Zimmer, was subsequently authenticated. The song title fits the festival theme—“We commissioned it,” Lepauw joked—-and certainly sounds like genuine Beethoven. (Whether the puritanical Beethoven would have set music to a text with ribald banana references is open to question.) Still, if no masterpiece, it’s an attractive work, and received an ardent performance by Armstrong and Lepauw”.

We at The Unheard Beethoven are extremely excited to announce our recent discovery of a Beethoven song for male voice and piano, lost since 1822. The song, “Ich wiege dich in meinem Arm” (I cradle you in my arms) Hess 137, was a complete mystery for nearly two centuries. The only trace of it known to survive was in an 1822 price list that Beethoven prepared for C.F. Peters. Alan Tyson transcribed the price list in an article published in Beethoven Studies in Honor of Elliot Forbes. This mysterious song was listed amongst several other known songs, Seufzer eines Ungeliebten und Gegenliebe, WoO 118, and Ein Selbstgespräch, WoO 114. Until Tyson’s transcription, Beethoven’s utterly illegible handwriting had made previous researchers look for a song with the comical title “Ich schwinge dich in meinen Dom” (I swing you in my cathedral), which did not help matters.

Since Beethoven was offering the song for sale in 1822, it was obviously in a state that he felt was close enough to being finished that he could list it as something available for sale. That turned out to be correct. The lyrics are complete, the vocal line of the through-composed song is very nearly complete, but the piano accompaniment is rather fragmentary. Our own Willem has been able to render a most striking completion, which is under discussion for world premiere in the very near future. Stay tuned for more news about this never-before-heard Beethoven song, lost for nearly two centuries!

Liebe,
An Henriette B. 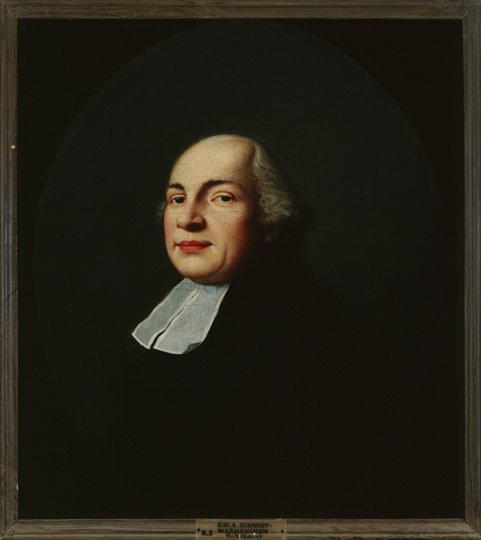