I have known Michael Ladenburger for more than 10 years. I first met him when I started work on the biographer of Beethoven, Alexander Wheelock Thayer. I was impressed by his willingness to help me and to provide information I needed on every occasion when asked.

From that day, a good friendship has been established between us and every time I visited the Beethoven-Haus, he was always available to spend his time with me. He also invited me several times to his home, to meet his family where I always enjoyed great hospitality.

He is one of the most valuable experts on Beethoven, in all fields: music, life, manuscripts and more…

In 2008, Michael asked me if I was interested in preparing an exhibition on A. W. Thayer at the Beethoven-Haus that was to open in May 2010 “Beethoven dem MENSCHEN gewidmet” – Der Beethoven-Biograf Alexander Wheelock Thayer. He came a few times to my home in order to see my collection and prepare all the items for this exhibition. Michael’s kindness was impressive and together we completed the preparations for the exhibition with several items from my collection that we brought together from Milan to Bonn. He came to visit me at my house a few times after the exhibition and it was always a pleasure to meet him and to spend the day together.

Michael catalogued my sizeable collection on Thayer that includes several letters, photos, books, notes, and the copy of Beethoven’s Biography that belonged to Henry Edwards Krehbiel with many very interesting letters of friends of Thayer to him, such as the famous letter by Anselm Hüttenbrenner sent on 20th of August 1860 describing the last moments of Beethoven’s life.

All people are aware of Michael’s deep knowledge of Beethoven, but only by being with him is it possible to see how he is ready and available to help any person, and to share all the information he knows with a humility that only few people have.

He is an organist like myself, so we have shared this passion and on one occasion he came to my town where we played the pipe organ together with great pleasure! But he is also a great cyclist, and fortunately we had time to spend cycling in Germany and in Italy.

My profession is not related to music, as I graduated as an engineer, but since I was a child I was introduced to classical music by my mother (her father was a tenor) and often we listened to LPs on opera and classical music in general. I studied piano and later cello, and passed a few exams at the Conservatorio of Milan, but I did not have time to complete my studies. 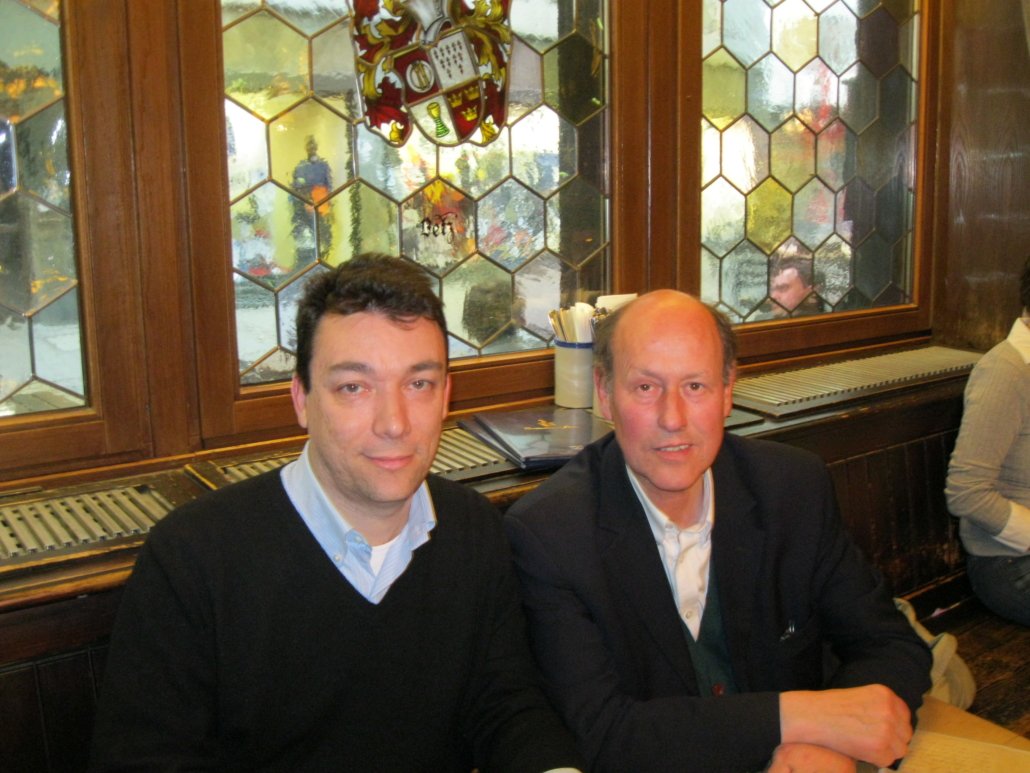 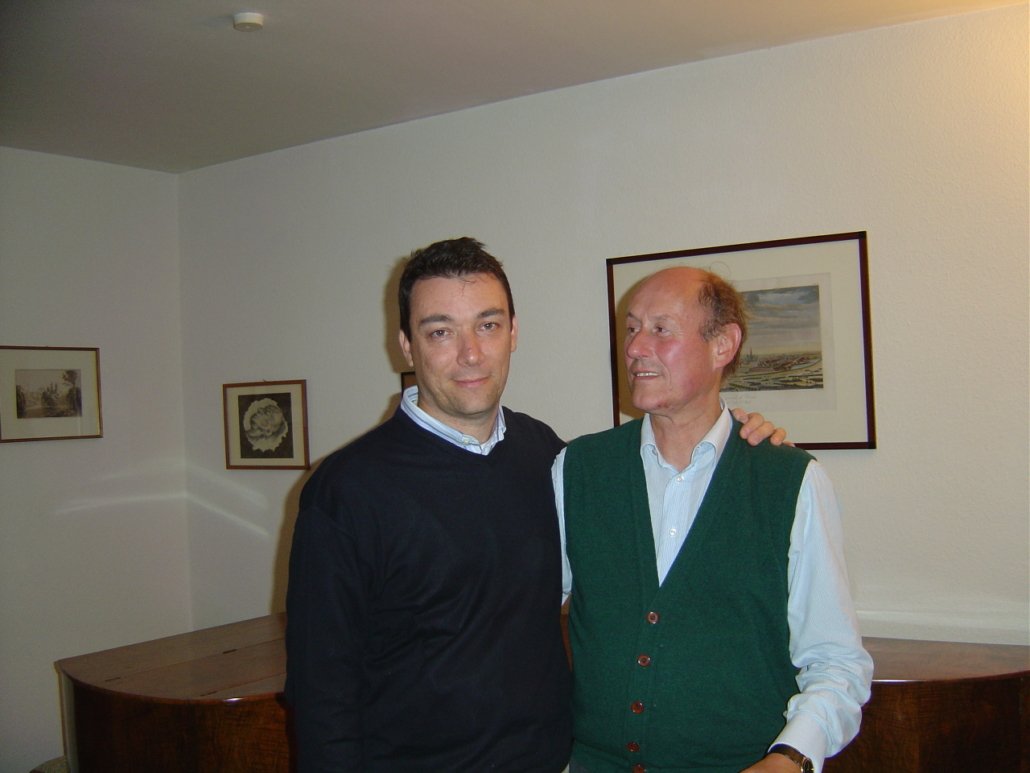 Beethoven was one of my favorite composers, and my first research on him was for a middle school exam. Since that date, I decided to learn much more about him.

So I began to collect books on this composer and now have a sizeable collection of books, scores and prints.  They are mainly old ones and some are very rare, among them the Cramer Magazin der Musik, the Blumenlese für Klavierliebhaber,  the Musikalische Korrespondenz der teutschen Filarmonischen Gesellschaft für das Jahr 1791,  the original edition of WoO 67 –Variations à quatre mains pour le piano forte sur un theme de Monsieur le Comte de Waldstein, Bonn, Simrock, [1794] (maybe the only existing copy) and the 50 Veränderungen über einen Walzer von Anton Diabelli für Klavier (C-Dur), 1–50, Vaterländischer Künstlerverein, Abt. 2, Diabelli, 1381 (on loan from me to the Beethoven-Haus ).

Michael helped me on several occasions to catalogue books and scores, and to transcribe in “current” German language the old handwritten language of letters of my collection, including that by Breuning, Wegeler, Schindler, Caroline van Beethoven, Nottebohm, Frimmel, and many others.

In one of my visits to Bonn (September 2011), I came to the Beethoven-Haus with my friend Armando Orlandi and Michael was pleased to let Armando repair the Beethoven clock that is in the Museum. This pendulum clock was given to Beethoven as a gift from the Princess Christine Lichnowsky. The repair on this clock started at 8.45 in the Reading room of the Library of the Beethoven Haus. The tools were previously shipped from Genua to the Beethoven Haus, after a careful check that everything was available including any emergency piece. It took around two hours to repair the clock and once completed Michael relocated it back in room 9 of the museum.

A few years later, on 25th of April 2014, I came again to Beethoven-Haus with my friends Armando, the pianist Massimo Anfossi and Marco Pescetto. For that occasion, Michael kindly allowed me to present the Fantasia Biamonti 213 in the afternoon concert organized by the Beethoven-Haus at Small Music Hall and Massimo played this piece and other variations by Beethoven on the Graf piano in that room.

I would like to thank him for his continuous hard work over the years, for his loyalty and the professional working relationship we have had.

I am honored to have met him and be considered one of his friends!

Michael, I wish you a long, happy and healthy retirement.